Long story short: I read 90 books this year! I’m quite pleased because that is nearly double last year’s 46 books.

I made a more detailed list this year, noting whether books were from the library or not, digital or analog, or written by a man or a woman. Here are some statistics about my 2014 reading habits: 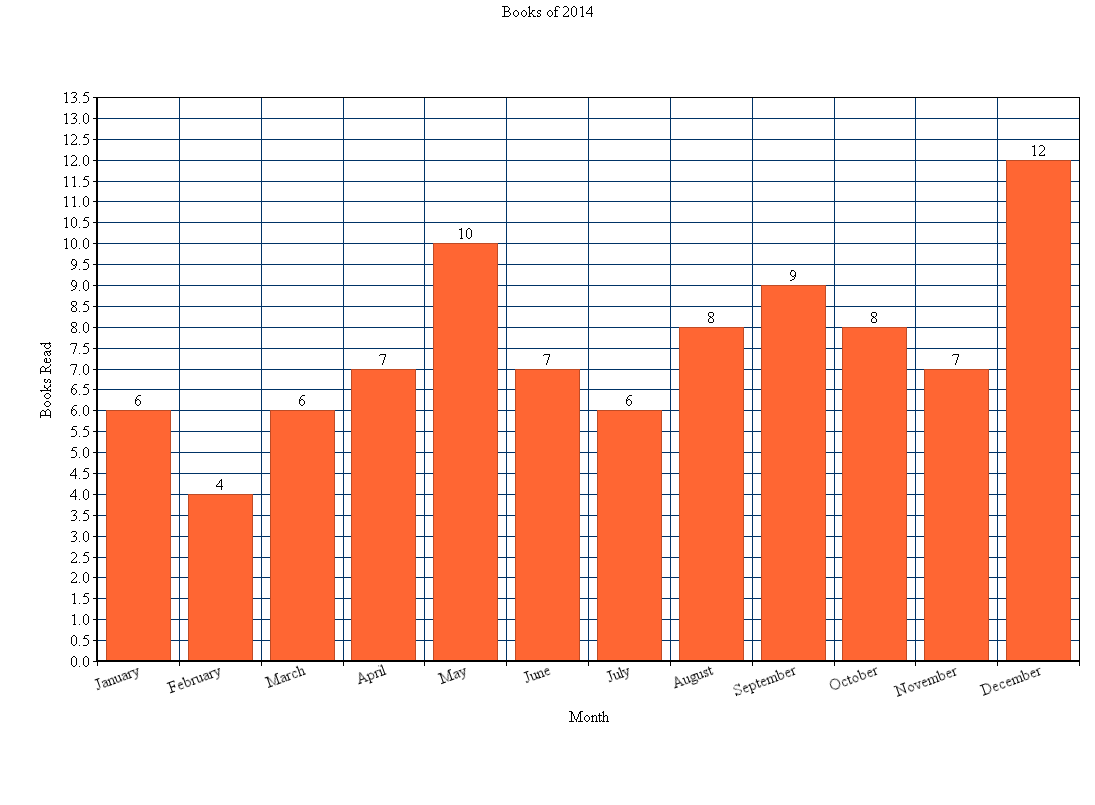 books of the year